There’s a widely held belief in the West that a day’s labour is some sort of noble deed. Being unemployed is a stain on your reputation, something you should actively hide. Americans tense up at the thought of “gaps on their résumé” and they’ll tell themselves that they’re not “unemployed”; they’re just “between jobs”.

Being between jobs lets people continue to tell themselves that they’re a person with a job. Such a superficial yes/no, is this person employed, is also seen in how Americans treat college degrees. You’ll see job advertisements specifying that applicants should have a college degree, without actually mentioning what topic should have been covered in this degree. It’s not because the topic goes without saying − you’ll see the requirement being included for retail work or for manual labour, where there really isn’t any obvious topic that people should have studied at college. These American employers really are lumping together computer science, biology and gender studies as merely colour choices on a person’s badge of honour.

Do you still deserve a beer, if your work was not for the greater good? − A question that nobody bothers asking.

In considering the futility of work and our unquestioning adherence to it, perhaps we should reflect on the cold irony of the motto Work will set you free (Arbeit macht frei), famously displayed above the gates to Nazi concentration camps. We can see that the Nazis lied and that the work didn’t actually set the prisoners free, so why do we think that our own work is any different? Sure we don’t have guns pointed to our heads, but there is very much a societal expectation that we need to work, or else we’re deemed to be lazy scoundrels, undateable and undeserving of any sympathy. In fact, the idea that we don’t have guns pointed to our heads is not entirely true − in a study of the 1991 New Zealand census, with millions of participants, it was found that “being unemployed was associated with a twofold to threefold increased relative risk of death by suicide, compared with being employed."

Sure, we didn’t have Nazis setting this agenda for us, about work being important, but why do we have such faith in work being important? It has been acknowledged by psychologists such as Jordan Peterson that work is beneficial for mental health and helps people avoid depression. Psychologist Eric Fromm warned though that becoming a workaholic was an easy way of avoiding anxiety; and that it was essentially an “escape from freedom”. Ted Kazynski later elaborated on Fromm’s notion of modern life being too easy and thereby, pointless and depressing − the core argument we previously explored in What The Unabomber Got Right.

We are biologically wired to strive for something and to achieve it. Work is an obvious outlet for this, so glorifying work as a noble cause lets us take the easiest route to avoding a mental health crisis. But the façade is crumbling at an accelerating pace, ever since the Dot-Com Boom. Computing has made our lives immensely easier and has therefore been cast as an evil force that will “replace people’s jobs”. This characterisation is even more true when we’re able to anthropomorphise the evil force − when it takes a physical form, as a humanoid robot.

EVIL! Burn it with fire!

Technology is not going away though, so the only options are to destroy it (Ted Kaczynski’s plan); or to embrace it (the plan of the Non-Human Party). Since technology is making your life easier, you can’t get especially annoyed about your own situation, so in choosing to avoid thinking about the most important societal changes going on, it will inevitably mean that your most pressing issues in the world will curiously be issues that affect someone else. You getting offended on their behalf is obviously helpful, especially if society has forgotten about these victims − maybe because they haven’t actually existed for centuries; or maybe because they’ve never existed.

The issues of our times. Image source.

The inflated moral superiority of work means that some of the morally questionable aspects of employment are being dismissed. What are these moral transgressions?

For one, work is often demeaning. Why should I spend my time reading distorted text and typing it into a form? Why should I write out my résumé a second time, to suit the whims of someone else’s favourite database layout? Why should I be begging diners to give me some money, rather than my employer; the proprieter of the restaurant?

Robert Samuel is paid to line up, saving a spot for his clients

Another transgression is that many businesses do not have their customer’s wellbeing in mind. Radon makeup; double whoppers; cigarettes; heroin. Sure the customer said they want it, but you know that the customer is going to be terribly worse off, in the long term.

For deeper evil, we can consider companies who harm unknowing customers − at least the smokers knew what they were getting themselves into. There is no shortage of companies willing to actively lie to customers, selling melamime-tainted baby formula; locks that can be opened with a knock; fruit-flavoured sugar being labelled “nutritious”; or Nestlé dressing its sales reps in nurses’ uniforms, to sell their baby formula which they knew to be substandard.

Let’s widen the net further, to companies who harm non-customers: Facebook being paid to run pro-genocide ads against Rohingya Muslims; car companies inventing the term “jaywalking” to blame dead pedestrians for being hit by cars; McKinsey’s 27-million-dollar prison advice causing at 50% rise in violence; drug companies (on advice from McKinsey) paying out bonuses to doctors when opiod overdoses happened within their patch; or the largest one, the fossil-fuel industry warmining the planet, drowning islands and wiping out entire species.

Does your company have humanity’s best interests at heart, or are you personally spending 40 hours a week assisting in the deception of humans and the destruction of civilisation?

Haven’t companies always had the chance to deceive people and to be evil? Yes, but with technology lowering the cost of existence, it really increases the feasibility of asking whether work is so virtuous or necessary.

The Non-Human Party has a policy of pursuing zero-cost existence for citizens. With food and electricity in abundance; with mass transit readily available; and with data transmission costs becoming negligible, then the aggregated cost of living for each citizen approaches zero. Such a scenario is largely equivalent to Universal Basic Income, but avoids inadvertently subsidising undesirable business practices and lifestyles.

The liberation enabled by the Non-Human Party; and its distinction from Universal Basic Hedonism can perhaps be captured in a speech by Saint John Paul II to a group of students in Baltimore:

“Every generation of American needs to know that freedom consists not in doing what we like, but in having the right to do what we aught." − Saint John Paul II. Source (1:11:42) 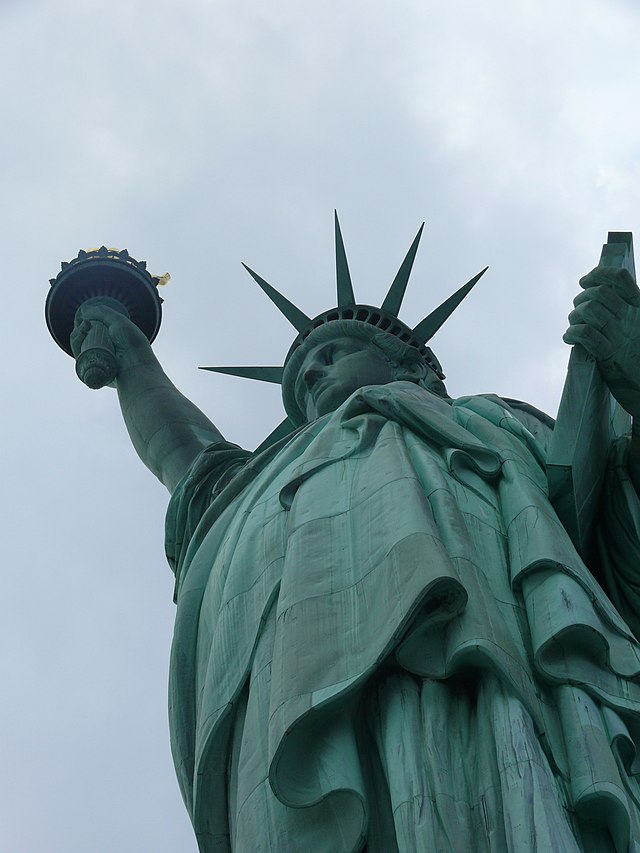 The Statue of Liberty, seen holding a book of law despite being liberated.

In enabling a lifestyle of abundant food, easy animal companionship, and easy transportation, then not only would zero-cost existence avoid subsidising heroin, it would share UBI’s benefit in minimising the market power of bourgeois whims. Sure, Saudi Arabia might have a lot of money to splurge on a linear white elephant, but with money now less essential to the wellbeing of our citizens, they’d be less tempted to work for an autocratic madman.

The Non-Human Party wholeheartedly supports a liveable minimum wage, since any role unable to justify paying that much to a human is inevitably a useless, demeaning role for a human. An inadequate minimum wage undermines the development of useful robots and zero-cost existence for humans.

If the minimum wage rises too quickly, then there’s a risk that there will be too many people willing to break the rules and accept illegally low wages. If the wages rise at the right limit though, then besides the strength of collective bargaining, another factor cementing the higher wages is the fact that no businesses will be enabling poor lifestyles: where will the scabs go to buy cheap plastic junk and unhealthy food? The customer base will be scarce, so fewer companies would be willing to compete in offering such products.

In highlighting the fact that as a rising minimum wage can be a virtuous cycle, let’s reflect on the corollary that a lowering minimum wage (or just a nominally static minimum wage, falling behind inflation) would mean that when a minimum-wage worker is considering how they’re going to be able to live, there will be an increasing population getting into the business of selling single cigarettes, offering payday loans, or selling fake Gucci shirts made of polyester. The availability of such businesses will in turn allow others to save money and convince them that they too can get by with a low wage and less education. We could summarise that poverty is contagious.

A high minimum wage is a bet that your nation can make people capable enough to fulfill such serious jobs.

Having a job does not automatically make you a more morally commendable person; and odds are that actually, your job is making you a more morally reprehensible person. Human jobs are becoming increasingly pointless and unnecessary, and we need to raise the minimum wage to get rid of such jobs. A pursuit of job creation is not a useful political goal and any parties focused on such a goal are leading countries on a suboptimal tangent, away from wealth and harmony, and towards subservience to bourgeois whims.