Tornadoes are big and scary; and they’re beyond the control of ordinary civilians, so it’s the perfect scenario for helpful government intervention. It’s existential threats like these that remind us why we need governments; but perhaps too it serves as a prompt to consider if we could replace governments with something else.

It’s the view of the Non-Human Party that governments should set about enabling people; the environment; and theoretical AIs to participate in a way of life that’s constantly becoming more productive and harmonious. Existing governments have always been more coercive − imposing rules and boundaries as sticks, then relying on private industry for the carrots − enabling business conditions where their subjects can prosper.

Having entered the “information age” some decades ago, we’ve seen that access to data has enabled the birth of useful AIs and has also contributed to anti-tyranny rebellions − I was speaking with an engineer from Google Earth around 2013 and he claimed that thanks to Google Maps, participants of the Arab Spring could clearly see their rulers’ lavish palaces, which were previously obscured by high walls and poor transportation networks.

Although many might choose to tug their collar and avoid the idea of the Arab Spring being a poster child for democratic success stories, it’s the view of Acemoglu & Robinson in Why Nations Fail that it’s very easy for leadership to fall into a self-serving cycle of exploitation and corruption, stifling anyone else and stripping them of their will to innovate or even to resist.

It’s discussed how the wealth and freedom we enjoy in the West is due to the constant fighting for inclusive democracy and the ability to create one’s own destiny. Notable progress was made in the Glorious Revolution and in the conquest of Napoleon, leaving behind democratic institutions that outlasted his rule. So in this context, we can say that despite the Arab Spring not really working out, they couldn’t have hoped for a good life if they just sat back and let things progress the way they were already going.

This leads us to the point about tornadoes − there are leadership bodies in the US that influence how many people will die from tornadoes; namely, the “International” Code Council (really the US Code Council) and the individual state committees for building codes. Each state committee is made up of people broadly belonging to “the building industry”, but in keeping with the theories of Acemoglu & Robinson, they inevitably vote for their own financial interest, as the guiding heuristic in what it means to “build better buildings”.

In a recent article in the New York Times, it’s discussed how a 2012 proposal would’ve made safe rooms mandatory in many scenarios. It was backed by the Insurance Institute for Business & Home Safety, but was opposed by the Building Owners and Managers Association (amongst others), who would’ve incurred the short-term impact of increased construction costs and in turn, lower demand for construction.

A statement from the chairman of the builder’s association said that they “continue to advocate for cost-effective, common-sense building codes that promote housing affordability and make new homes safer and more efficient.” I have so many problems with this statement.

Firstly, why is “common sense” still seen as something worthy of praise? Common sense dictates that a stick must fall slower than a cannon ball; that the Earth is the centre of the universe; and that a headache can be cured by drilling a hole in your head. The sort of people who talk about the virtue of “common sense” are enemies of intellectual rigour.

Common sense in the building industry

Feng shui might inject a bit of religious mysticism, but I believe that it taps into real, physiological reactions of humans to our built world. Tidy, calm and comprehensible environments lead to reduced stress and even increased IQ. I believe that its advice only continues to exist in this spiritual form because the workings are just too complicated to explain and too complicated to fully understand, in a more typical textbook manner. Just like recommender systems though, I feel that a specialised AI could guide us in designing buildings that are better, thanks to their ability to think more deeply than our labels and thought processes permit.

Will common-sense formulas ever be able to explain the appealing and unappealing aspects of this building?

My other major issue with the builder’s association’s mission statement is their desire for efficiency − to them, this inevitably means that it’s efficient to build. It’s efficient to cut down trees that would slow construction; and it’s efficient to pour concrete everywhere. Efficient construction cuts off navigation routes for land critters and fish; and it removes nesting places for birds, even though these animals might not really be enemies of the new structure. In fact, the new occupants might claim to have a soft spot for these animals, but they’re rail-roaded through the construction process by builders and by committees who have voted in their own self-interest.

From the perspective of the Non-Human Party, it would be appealing to aim for buildings that are resilient and harmonious. A home serves as protection from the elements; and it serves as a grounding of one’s life. It’s a place for mental safety and clarity. In terms of resisting the elements and being in harmony with the surrounding environment, then it should logically last for decades. To optimise for a home that takes 20 weeks to construct, instead of 23 weeks, seems to dismiss the actual occupant as some sort of footnote. The process seems to be the complete opposite of user-centric design.

So how would we move from our efficient concrete society to one that values the life of the resident life-forms? Just as concreters will never appreciate the nuances of feng shui, so too will most comissioners of construction projects fail to appreciate the full extent of their options and their consequences in the building process. When information was scarce, governments and their committees had to exist, to avoid short-term optimisations that would put people at risk of falls, fire and collapse. Now that we’re in an era of abundant information, it’s feasible to imagine these government-endorsed committees only setting the bare minimum regulation, like “no rape dungeons”, then the people commmissioning the new project would choose amongst different AI agents that would provide further input in the decision process.

Imagine a home commissioner at a desk, with their CAD software and a map open. One AI could inform them of the tornado risk in their area; and conduct finite element analysis on their design, identifying if any of the rooms would really serve as a “safe room”. Another AI could spot windowless hell-holes that are going to induce depression; and another AI could suggest that they include small gaps in fences, to allow ducklings to pass through. 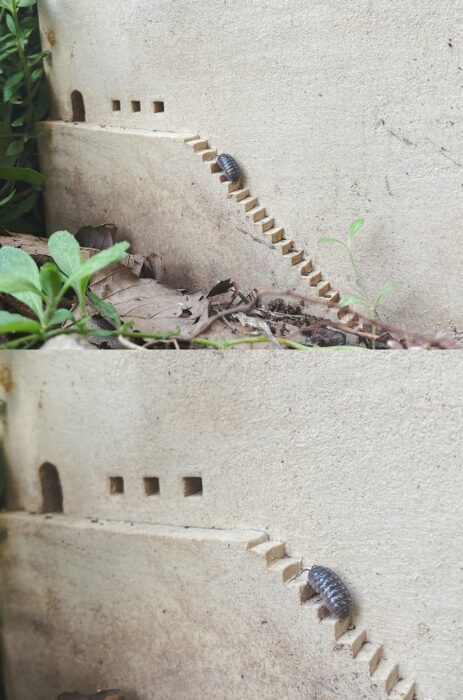 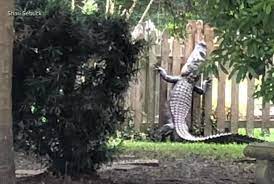 In this age of information, the building codes needn’t apply only to new buildings. In New York City for instance, I often see pieces of paper stuck near an entrance, declaring a building’s energy efficiency, “D 46”. The idea seems to be to shame existing building owners, rather than setting laws merely for new construction. Imagine planning a night out; and your recommender system showed you that this restaurant was more energy efficient than the other place; and that its dining room was accessible to floor-cleaning robots, so that it would probably be cleaner. 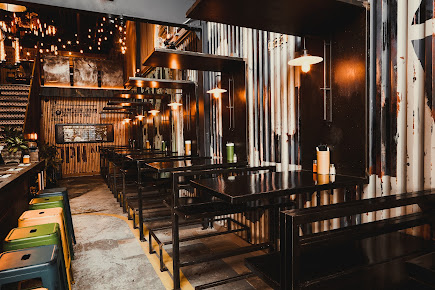 At Dock Asian Eatery in Brooklyn, the tables have enough spacing around the floor, such that robots could clean the space easily.

When the idea of Nationality as a Service (NaaS) was formulated, the idea was that people would subscribe to a set of online services that would participate in their life. Not just the shows they watch, but web services for contributing taxes and for participating in a way of life. Just like the white and blue Greek houses, we can imagine one particular culture prioritising certain aspects of their buildings; and by prioritising the advice of certain building advisor AIs, you’d be following that culture. Followers of the culture would be joining an Internet-based nationality.

Following a building style is part of a culture

A criticism might be that it’s difficult to create these AI building advisors, but I would argue that it’s more difficult to specify building standards with laws written in natural language, agreed upon by committees and enforced by monopolised violence. Governments can only get away with this practice because of inertia amongst the populace who don’t realise the possibilities allowed by software; and because of the aforementioned monopoly on violence. If I decide to ignore the city’s building code, some of my assets will be seized; the building will be demolished; and I might go to jail, depending on the juridiction.

The theoretical AI advisors made available by the Non-Human Party would be made under the premise of all NaaS software − that membership is entirely voluntary, so the tools need to be trustworthy (open-source) and must be easy to use. We might say that to be a fully fledged NaaS member, you must live in a tornado-proof home and interact with tornado-proof businesses. If you’re more interested in building an efficient home though, so be it − you’d be treated just as a foreigner, not as a criminal.

It’s easier than ever for small groups of people (startups) to create tools that greatly influence our productivity and our culture. The relevance of geographical governments and their goons is quickly diminishing. Sure, they’re moving their force and control online too, but defectors have more power than ever to undermine those operations.

The freedom available in the online world means that big players can’t behave like militarily backed geographical governments. In the online world, can you imagine Google, Facebook or anyone creating volumes and volumes of rules for you to memorise every day, or they’ll take some of your money and throw you in prison?? Start bullying you? For almost any website, maybe you have to pay them; or maybe you have to tell them your name; but that’s it. They want to attract as many people as they can get. Of course, there’s an exception with eBay − if you don’t get on their good side, then they’ll come to your house and bully you.

At this point, some readers might be keen to yell that Instagram is bad for teenagers' body image; or that Amazon mistreats its warehouse staff, but the point I’m proposing is that unlike geographical governments, big tech companies do all they can to portray that they love any online user they can get. Can you imagine if Facebook was run by the US government? It wouldn’t be available in any other languages; you’d have to wait weeks for your membership form to be processed; and instead of a yearly highlights reel, you’d have to report all your Facebook activity to them. If they could still attract users to this place though, it’d be a great place for the government to pitch their terrorist plots.

At best, government software is a digital replica of an offline process. Often the software is clearly an afterthought, but the worst software is that which is never written. Software “code” is encoded thought − when building codes are set, they’re only being written for the builders; they’re not being made accessible or comprehensible for the end users. Geographical governments have failed to keep pace with the way that modern humans live our lives; and have descended into rent-seeking thugs that are stifling innovation.

Australia deserves more; and it’s totally achievable to have a digital-first society that will bring unprecedented wealth and harmony to the world. Please spread the word and keep in mind that thanks to the power of software, the world doesn’t have to be the way it is.